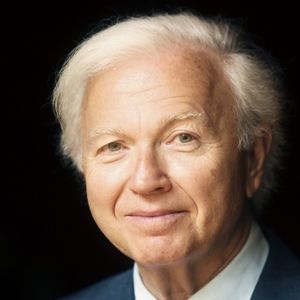 Pavel Gililov was born in the Soviet Union and was discovered by Dimitry Kabalevsky, as a musical talent.

In 1972, whilst still a student, he won the Moscow National Piano Competition and was awarded a prize at the 1975 International Chopin Competition in Warsaw.

From 1982 until his retirement, in 2013, he was piano professor at the Hochschule fur Musik in Cologne and is Professor at the Mozarteum in Salzburg.

The pianist holds several master classes throughout Europe and the Far East and is Chairman of the Jury and Artistic Director at the International Telekom Beethoven Competition, Bonn. He is considered one of the most influential piano experts in the world and is responsible for many pianistic careers of the last decades.

Gililov's worldwide performances and numerous CD recordings received great acclaim from audiences and critics alike and was invited to the Salzburg Festival, the Berliner Festspiele and Wiener Festwochen, the Edinburgh and Schleswig-Holstein Festivals, the International Music Festival of Buenos Aires, and many others.

Besides his solo career he also devotes himself to chamber music, and since 1997 Gililov has been artistic director of the “Sommerclassics” international chamber music festival.