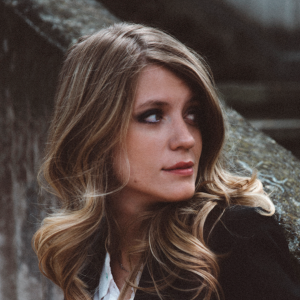 Since her public debut aged 7, Italian pianist Costanza Principe has performed extensively in Italy, UK, France and South America both as a soloist and a chamber musician. Winner of several national and international competitions, such as the Lilian Davies Prize from the Royal Academy of Music, the second prize at the Beethoven Society of Europe Intercollegiate Piano Competition, the second prize (first not awarded) at the Premio Pecar International Competition in Gorizia, Italy, and the second prize at the Concours International de Piano in Lagny sur Marne, she made her debut with orchestra in 2008 playing three Mozart Concertos with the Filarmonici Europei Orchestra conducted by Aldo Ceccato.

In 2012 she took part in the Beethoven Sonatas cycle organised by the Giovine Orchestra Genovese in Genova, Italy, playing 5 sonatas on 3 different early 19th century fortepianos, and she performed again on the Royal Academy’s Piano Gallery early pianos for its first Summer Piano Festival in 2014 and 2015. In 2016 she was involved in the Historical Pianist Conference-Festival events in Hatchlands Park where she performed William Sterndale-Bennett's Piano Sextet on a fortepiano.

Recent engagements include Costanza’s Wigmore Hall debut  presented by the Kirckman Concert Society, as well as her London orchestral debut, as she performed Prokofiev’s Second Piano Concerto op. 16 with the Academy Symphony Orchestra conducted by Manuel Lopez-Gomez in the Duke’s Hall of the Royal Academy of Music; she also recently performed Rachmaninov Concerto n. 3 with the Orchestra Sinfonica Siciliana at the Politeama Theatre in Palermo conducted by Gyorgy Rath, and she went on an Italian tournèe with the Turkish National Youth Orchestra conducted by Cem Mansur, performing the same concerto. In June she recently conducted and played Mozart Piano Concerto K415 from the keyboard, during the Royal Academy of Music Summer Piano Festival in London.

Her next engagements include a series of recitals and concertos in Italy, including Tchaikovsky Concerto n. 1 at the Dal Verme Theatre in Milan.

Costanza Principe was born in Italy in 1993 and started playing the piano aged 6. After graduating from the Milan Conservatory in 2010 cum laude she obtained her Bachelor of Music with First Class Honours at the Royal Academy of Music with Christopher Elton in 2015 and her Master of Arts with Dinstinction and the DipRam, the highest award for an outstanding final performance. Throughout her studies, she has been generously supported by the Liversidge Award, the Hilda Day Scholarship, he Winifred Christie Award and the Skyrme Hart Foundation. Winner of three consequent awards from the Martin Musical Scholarship Fund in 2013, 2014, and 2015 she is also the recepient of one of the Craxton Memorial Awards in 2015.

Currently she studies with Benedetto Lupo at the Accademia Nazionale di Santa Cecilia in Rome, and, at the same time, she is pursuing a degree in Psychology at the Bicocca University of Milan.